I didn’t believe you. Why did you use the spoon next to my baby’s face?

I didn’t believe you. Why did you use the spoon next to my baby’s face? 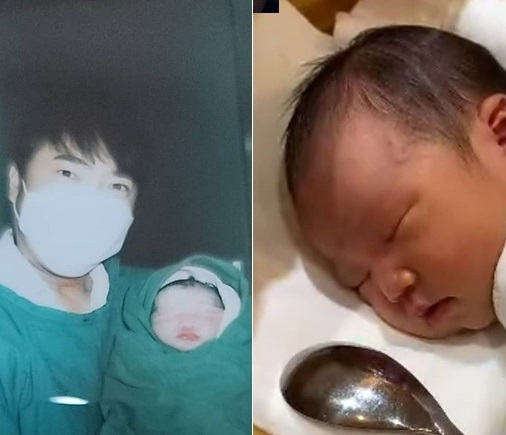 Jang Dong-min posted a photo on his Instagram on the 22nd, saying, “Our treasure (Taemyeong) is a comparison shot with a spoon to relieve the unfairness of the treasure mother that her face comes out big in the picture.”

In the picture, Jang Dong-min placed spoons side by side next to the baby’s face, realizing the small size of his face.

In the meantime, he said, “I’ve never believed in celebrities saying that celebrities are the size of fists in person, but it was true,” and wrote, “It’s a real gangster treasure,” showing off his daughter’s foolish side.

Jang Dong-min, who married a non-celebrity woman six years younger than him in December last year, had his first daughter on the 17th.