I know Park Hanbyul likes and dislikes the bathroom

I know Park Hanbyul likes and dislikes the bathroom in Jeju Island, 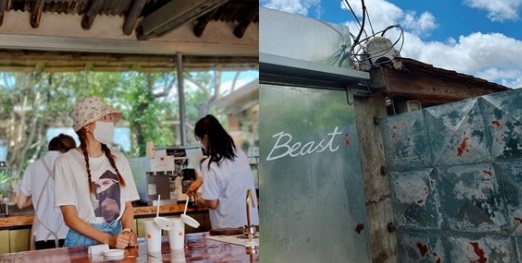 The bathroom of the cafe run by Park Han-byul on Jeju Island has become an “issue maker.”

On the 8th, Park Han-byul’s cafe Instagram said, “Issue maker toilet. There are some likes and dislikes, but they look pretty to us,” and several photos were posted.

The photo shows a beautiful view of a cafe run by Park Han-byul in Jeju. The iron bathroom door was then unveiled.

In response, Park Hyun-byul explained, “The interior owner asked me not to touch this place because he would do whatever he wants.” The account manager tagged the architect and asked, “Are you satisfied?” in a cute tone.

Whether the word “issue maker” was true, visitors who used Park Han-byul’s cafe continued to complain. When one netizen commented, “The bathroom is the worst,” the account manager said, “Haha…I’ll make sure to deliver it to the interior owner replied. Another visitor said, “Likes and dislikes in the bathroom…The way to the bathroom is so pretty,” he said. “I was very satisfied,” some said.

Meanwhile, Park Han-byul is currently pregnant with her second child.