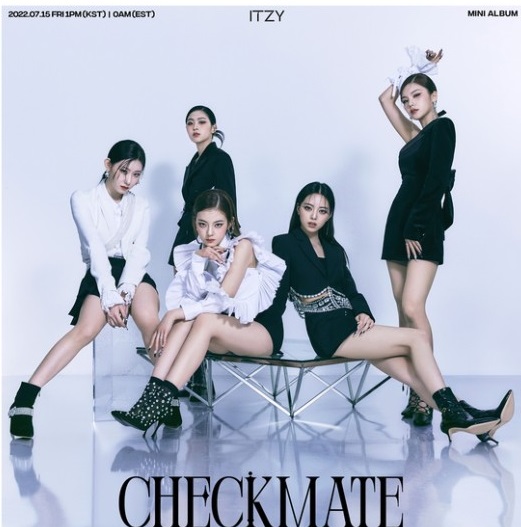 ITZY will release its fifth mini album “CHECKMATE” at 1 p.m. on July 15. It is the first new album in about 10 months since the first full-length album “Crazy in Love” released in September last year, and is determined to continue its global upward trend.

The agency said, “On the day of our comeback, we will communicate with MIDZY (fandom) at home and abroad through Twitter Blue Room and Mnet comeback special.” Starting in August, we will hold our first world tour and use ITZY’s own energy to drive the global upward trend,” he said.

The tour will start in Seoul on August 6 and 7, and will take place in eight cities in the U.S. including Los Angeles on October 26 (local time), Phoenix on November 29, Dallas on November 1, Houston on November 3, Atlanta on August 5, Chicago on August 7, Boston on August 13, and New York