Kim Jiwoo gained 4kg and has a chubby stomach

Kim Jiwoo gained 4kg and has a chubby stomach. Are you kidding me? 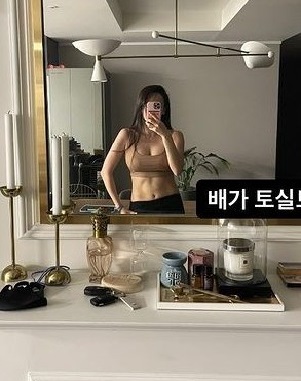 Kim Ji-woo has released a photo of his abs, which is a hot topic.

Actor Kim Ji-woo said on his Instagram story on the 16th, “I gained 4kg during the week of quarantine. (All fat) I was raised. For a week…Shall we record the process of losing weight? “My stomach is chubby,” he released a selfie photo showing how he’s been doing.

In the photo released, Kim Ji-woo is checking his eye body using a mirror at home. Contrary to concerns that he gained 4kg, his solid abs are still impressive.

Meanwhile, Kim Ji-woo married Chef Raymond Kim in 2013 and has one daughter. He recently performed in the musical “Frankenstein” and received favorable reviews