Lee Seung-gi, give me 5.6 billion won building in Dain

Lee Seung-gi, give me 5.6 billion won building in Dain. Registered as an in-house director 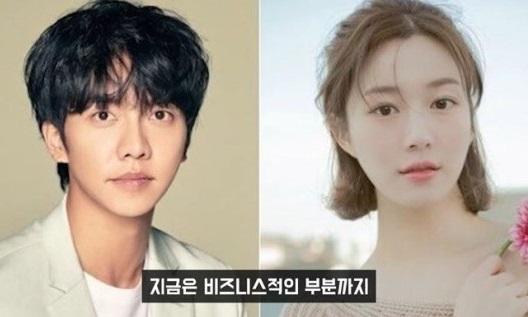 It has been alleged that his lover Lee Da-in is registered as an in-house director in a building owned by actor Lee Seung-ki.

On the 8th, on the YouTube channel “Jinho, the president after entertainment,” “The son-in-law of Gyeom-ri is imminent?” The video was posted under the title of Lee Seung-gi’s “Creepy Evidence of Burning the Rumors of Dain’s Marriage.”

“Lee Seung-ki purchased a detached house in Seongbuk-dong for KRW 5.635 billion at the end of 2020,” he said adding, “He expressed his willingness to do the entertainment business by registering as his one-man agency, Human Made.”

“However, the report of the romantic relationship caused complaints against Lee Seung-gi from all over the place, and the new company Human Maid failed to respond properly, and the detached house was eventually registered as a new company’s business site.” Founded in January this year, Lithium Co., Ltd. is a company where CEO Kim conducts business brokerage and wholesale and retailing household goods, he said.

“Human Made, an agency that used the detached house as a business site, moved to Sindang-dong, which is much smaller than Seongbuk-dong,” he said. “Even the core businesses that were ambitiously purchased were given up for Lee Da-in.”

“This is also why rumors of their marriage are reigniting. In fact, Lee Seung-ki said, “When Lee Da-in suffered from hot interest, I even made an appeal through some media outlets,” adding, “We are paying attention to whether the two will actually be able to get married.”

Lee Seung-gi and Lee Da-in admitted their romance in May last year when they were revealed to visit Lee Seung-gi’s grandmother’s house in Sokcho, Gangwon Province.

Lee Da-in is the daughter of actress Kyun Mi-ri and the younger brother of actress Lee Yu-bi. Lee Da-in’s stepfather was sentenced to four years in prison and a fine of 2.5 billion won in the first trial in 2018 for his involvement in a stock price manipulation case. In response, some fans staged a truck protest in front of Lee Seung-gi’s house against his relationship with Lee Da-in.