V do you already know? Let’s share our tastes with JENNIE

V do you already know? Let’s share our tastes with JENNIE 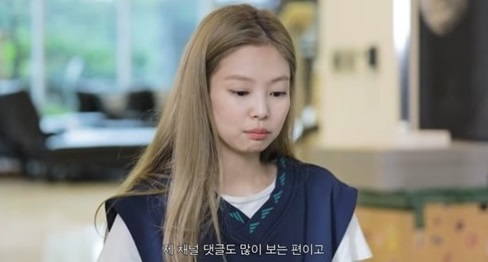 Jenny uploaded a video introducing her self-care routine on her YouTube channel on the 6th. Jenny showed a comfortable atmosphere with the video she filmed while staying at her home in the United States.

Jenny shared her daily life with props prepared by blaming herself, saying, “Why am I so bad at Korean?” Regarding skincare, Jenny emphasized the speed, saying, “I tend to shower quickly, dry my hair quickly, put on clothes and sleep quickly.”

Jenny, who carries a foam roller in her carrier for stretching, said, “I care a lot about my body. The skin is soft. The efforts of management went into it,” he said, showing meticulousness.

Jenny’s taste was like this. He said he doesn’t like perfume with a strong scent due to motion sickness, he always wears long-sleeved long pants, likes soft fabric, and always plays music when he is at home.

Jenny said she was “sensitive in terms of sensibility,” and cited “touching the skin, what I hear.”

Jenny, who usually watches YouTube, said, “I like watching documentaries. I also read a lot of comments on my channel.”

Meanwhile, Jenny was embroiled in rumors of a breakup with Big Bang’s G-Dragon in May after rumors surfaced that she was dating BTS’s V