A 43year old Ahn Hye-kyung has a lot of wounds on her leg. What happened? 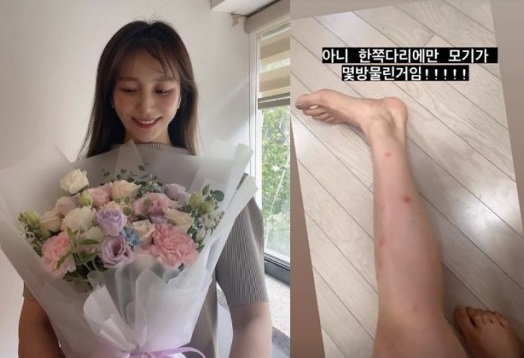 On the 18th, Ahn Hye-kyung posted a short video on her Instagram story saying, “No, there are only a few mosquito bites on one leg!!!!!”

In the released video, Ahn Hye-kyung shows her legs left and right and shows where she was bitten by a mosquito. There are red swollen marks all over the place, drawing attention.

Meanwhile, Ahn Hye-kyung is starring in SBS’s “Girls Who Spoil.”