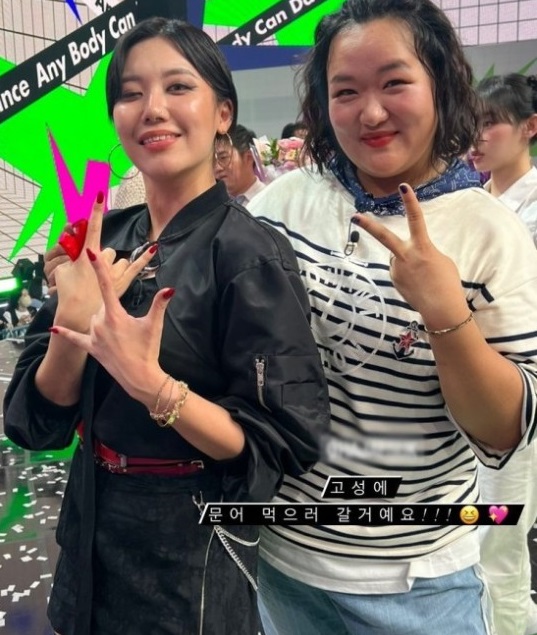 Ha Jae-sook is a hot topic for showing off her slimmer visuals after dieting.

On the 29th, actor Ha Jae-sook posted a photo of herself on her Instagram story, saying, “I should go to Jeju Island soon, Mr. Bangle with a good personality.”

In the released photo, Ha Jae-sook is affectionately shoulder-to-shoulder with Moon Bang-le, who appeared on the show together, leaving a proof shot. Ha Jae-sook caught the attention of fans by showing off her slimmer face line after dieting.

Meanwhile, Ha Jae-sook married a non-celebrity Lee Joon-haeng in 2016 and is living in Goseong, Gangwon-do. In addition, he recently succeeded in losing 24kg, making headlines. He will also appear on KBS2’s entertainment show “I Want to Take It Out”