Han Sohee is the prettiest in London Actress

Han Sohee is the prettiest in London 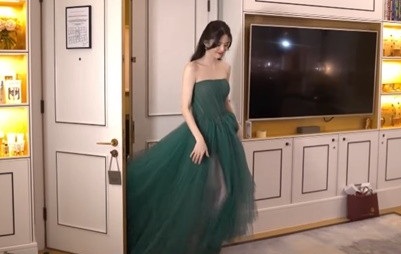 Han So-hee appeared in the video uploaded on the YouTube channel W Korea on the 16th. Han So-hee attended a fashion brand event in London.

Standing on the red carpet, Han So-hee showed her body in a green dress. The bright smile and fair skin confronted each other to maximize beauty.

Han So-hee took a group photo with stars attending the event. Han So-hee, standing in the center, drew attention with her striking charm. Even in quite cold weather, Han So-hee’s beauty has not been dampened.

Han So-hee cited a natural smile as the secret to the good picture.