Hyerim’s postpartum diet was a huge success. Even a short dress was confidently 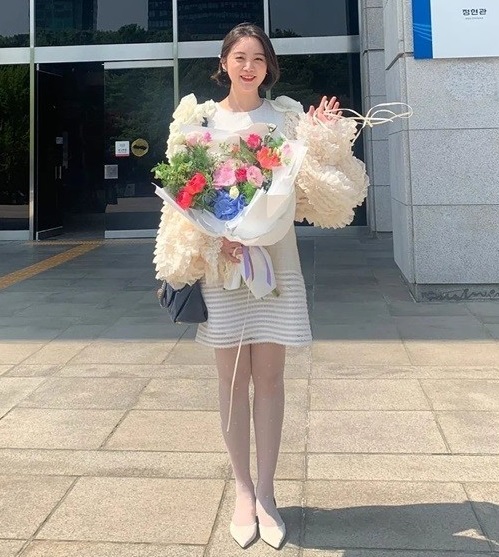 After giving birth, Hyerim dressed up brightly and went to the broadcasting station.

Hye-rim, a former member of the group Wonder Girls, posted several photos on her Instagram on the 7th with the message, “I came to KBS to play after a long time.”

The released photo shows Hyerim holding a bouquet of flowers and smiling happily in front of a KBS broadcasting station. Hyerim wears a short white dress and shows her refreshing charm with short hair.

Hye-rim’s figure, which seems to have succeeded in dieting after giving birth, catches the eye.

Meanwhile, Hyerim married Shin Min-chul, a taekwondo athlete, in 2020, after eight years of dating, and has one son. He also appeared on KBS 2TV entertainment program “Godfather” and drew attention. “Godfather” is a new family relations program that reinterprets family relations in Korea through a special meeting of stars and asks about the meaning of true family