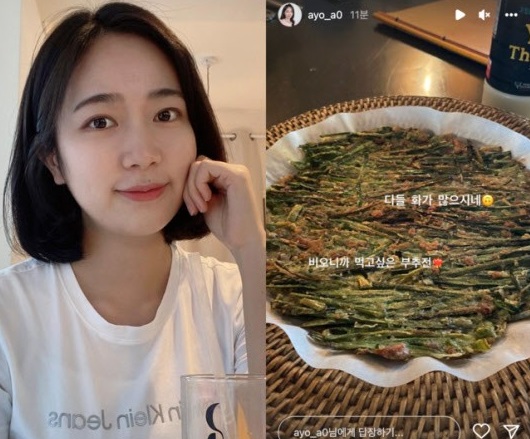 Ok-soon (a pseudonym), the 8th generation of “I’m a Solo,” gave up her final choice and showed a significant response to criticism over it.

Ok-soon posted on her Instagram story on the morning of the 23rd, “Everyone is angry. I want to eat chives pancake because it’s raining,” he said, leaving a photo.

The picture is a chives exhibition that Oksoon seems to have taken at a restaurant, and it looks delicious with dark lighting and wooden saucers.

Netizens are paying attention to the phrase “Everyone is angry” left by Ok-soon along with the photo. In the last episode of the 8th episode of “I’m a Solo,” which aired the previous day, Ok-soon received a straight dash from Young-sik, who drew himself and his love line, but eventually no one chose him. As a result, the discomfort of viewers of “I’m a Solo” has not subsided. Viewers who are dissatisfied with Ok-soon’s controversial move and push and pull are criticizing her.

Meanwhile, “I’m Solo” is a hyperrealistic dating program in which solo men and women who desperately want to get married gather and struggle to find love.