Ive Jang Wonyoung, “You had a hard time debuting”

Ive Jang Wonyoung, “You had a hard time debuting” 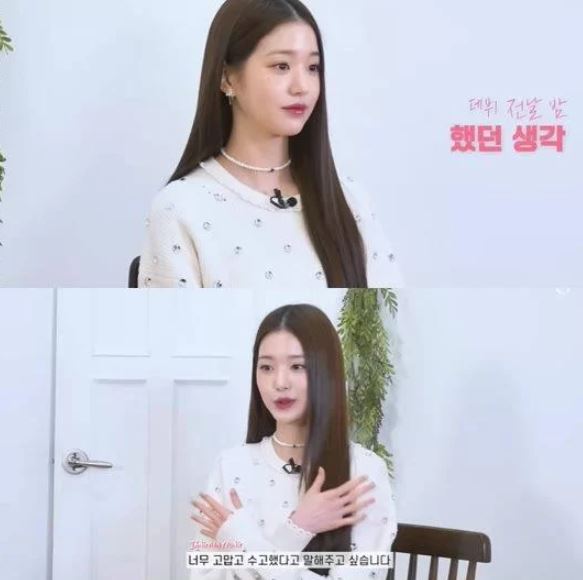 On the 1st, a video was released under the title of “IVE, OUR 1ST STORY” on the YouTube channel of “Ive.”

Jang Won-young said, “There must have been a lot of hard times and happy times since I debuted, but I want to say thank you so much and good work to myself for running so far.”

When asked, “What did you think the night before your debut?” Jang Won-young said, “Uh… I wondered for a moment, “What did I think?”

Finally, when asked, “My small goal that I want to keep next year?” Jang Won-young answered without hesitation, “I will be one step happier than now.”

Ive Jang Wonyoung said, “I hope I can have a time to enjoy only Ive with my fans, whether it’s a concert or a fan meeting as an IV,” and expressed her strong ambition, saying, “Please look forward to next year.”