Lee Ha-ni became the daughter-in-law of a chaebol family. The youngest daughter of Yumin Group. 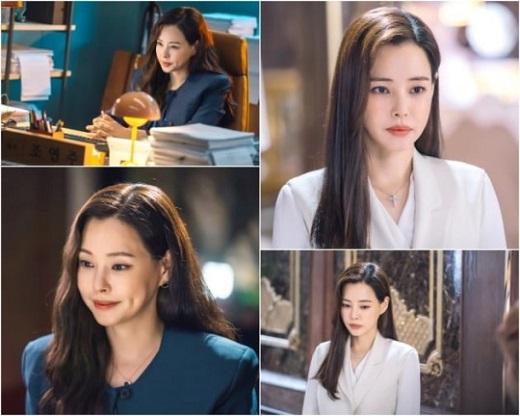 Actress Lee Ha-nee will perform two roles, one play and the other through SBS’ new Friday-Saturday drama “One the Woman.”

“One the Woman” is a “Double Life Comic Buster” drama by prosecutor Yeo, who entered the family of villainous conglomerates after becoming a life-changing heiress overnight in a corruption test. The meeting between Lee Ha-ni, Lee Sang-yoon, Jin Seo-yeon and Lee Won-geun, a heavily armed corps of actors, and Choi Young-hoon, who were recognized for their witty comic directing skills through “Good Casting” last year, is drawing attention.

In particular, Lee Ha-ni will play the role of Cho Yeon-joo, the ace of the sponsor’s corruption investigation community, and Kang Mi-na, the daughter-in-law of Hanju Group, a conglomerate, for the first time in her life. First, the supporting actor is the only child of the gang’s leader of Nammun faction in Seopyeong, who graduated from Seoul Law School and passed the bar exam with excellent grades. His hobby is to get sponsors, his specialty is to ride the influential line, and he is a “defective 100%” person who lives with everything he wants to say. On the other hand, Kang Min-na, the youngest daughter of the conglomerate Yumin Group and daughter-in-law of the Korean conglomerate Hanju Group, appears to be a conglomerate itself to the bone, but she is living a Cinderella life under harsh criticism from her parents and in-laws.

Above all, Lee Ha-ni captivated viewers with her hilarious and lovely comic performance through the movie “Extreme Job” that attracted 10 million viewers and the drama “The Fiery Priest,” which has the highest ratings of 22%. Lee Ha-nui, who made a comeback with a drama in about two and a half years, emits her comic acting skills that she has honed through “Won the Woman.”

In this regard, Lee Ha-ni was spotted showing 180 degrees of opposite charm as the supporting actor and Kang Mina. His appearance is the same as a doppelganger, but his hairstyle, eyes, facial expressions, and atmosphere have changed significantly, overwhelming the public’s attention. First of all, the prosecutor’s supporting actress, who is wearing a wavy wave hairstyle and a navy suit, shows off her confidence and cheerfulness in her fierce eyes. On the other hand, Kang Mina, who is wearing an elegant beige suit with straight hair, shows her excellent eyes and looks intimidated. Indeed, Cho Yeon-joo and Kang Mi-na are curious about what kind of life they each live and how the two will become involved.

Lee Ha-nui said, “It’s been a while since I appeared in a drama. “I’m looking forward to meeting the viewers a little closer,” he said. “I really enjoyed reading ‘One the Woman,’ and I’m happy to be able to meet the viewers through this work.” “Although the filming site is not easy due to the coronavirus, we are filming with excitement at the thought of meeting the viewers 부산출장마사지

The production team said, “Lee Ha-ni is at the center of the play perfectly with constant character research and excellent expression.” “Please support Lee Ha-ni’s performance in ‘One the Woman’, which will be exclaimed as expected.”

“One the Woman” will premiere on September 17, following “Penthouse 3.”