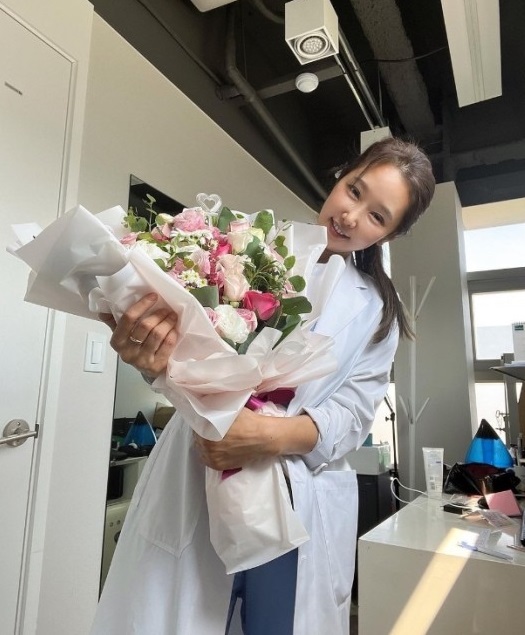 The fact that dentist and YouTuber Lee Soo-jin is about to get married for the third time is a hot topic.

Lee Soo-jin delivered her recent status on her Instagram on the 21st.

On this day, Lee Soo-jin smiled brightly while holding a large bouquet of flowers and said, “As expected, the heart of congratulating me when something good happens is a real friendship,” adding, “I always believed in it.” After extreme pain, good things will surely come,” he said.

In response, a netizen asked, “Are you getting married?” and Lee Soo-jin caught the eye by publicly informing the truth, saying, “Yes, soon ♥ Thank you.”

In addition, Lee Soo-jin revealed a congratulatory card he received from an acquaintance.

The card says, “My dear friend, Soojin, let’s only walk on flower roads.” Congratulations so much. You know what it is, right? I always support you.” Along with the contents of the card, Lee Soo-jin drew attention once again by leaving a phrase, “It’s a good thing to get married.”

Earlier on the 13th, Lee Soo-jin posted a video titled “In fact, I got divorced twice” on his YouTube channel, saying, “People thought I did it once, but I felt like I was lying to stay still.”

Meanwhile, Lee Soo-jin, born in 1969, is 53 years old and currently runs a dental clinic in Sinsa-dong, Gangnam-gu, Seoul, after graduating from Seoul National University. After his divorce, he has been loved by many as a YouTuber with his daughter Jenna.