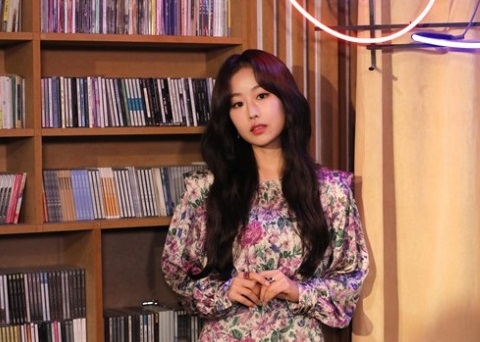 Group Lovelyz leader Lee Soo-jung said that the process of dismantling was long and naturally accepted it.

Lee Soo-jung met with Exports News and conducted an interview ahead of the release of her first mini-album “My Name” on the 26th.

“My Name” is the first album released by Lee Soo-jung, who has been working as the leader of Lovelyz, Babysoul. As she wrapped up her seven-year career with Lovelyz, Lee Soo-jung said, “I felt more relieved than sorry,” adding, “I felt awkward (with the name Babysoul). When I introduced myself, I felt awkward from the moment I said the name with my own mouth. I ended up doing activities with an awkward person. I realized that I’ve finally found my true self.”

After finishing Babysoul activities given by the president of the agency, Lee Soo-jung is starting anew as Lee Soo-jung. When asked if the name Babysoul is disappointing, he expressed his expectation, saying, “I think there will be much more to show in the future by being seen as a real person and living like that.”

While working as a girl group, Lee Soo-jung said, “Since I’m the leader of the team, I’ve always been quiet, expressive, and calm. I’m actually an active and active person. He is also good at expressing himself,” he said, referring to the days when he was hidden among other members.

Last November, Lovelyz officially announced its disbandment. In the process, fans complained about the company’s neglected management. Lee Soo-jung opened her mouth about the breakup, saying, “At first, I felt sad.”

We’ve been talking about such things for a long time. I was disappointed at the beginning, but as the time got longer, I naturally accepted it. I think it’ll be a precious memory for the rest of my life