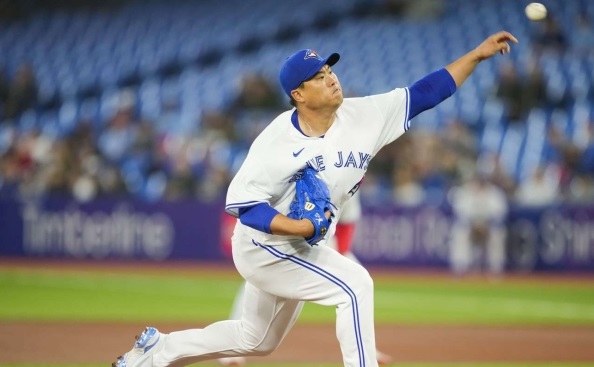 Ryu Hyun-jin (35, Toronto Blue Jays), who left his power due to pain in his left forearm, will soon start live pitching (pitching with a batter standing up).

Toronto manager Ross Atkins said in an interview with local media such as Sports Illustrated (SI) on the 26th (Korea Standard Time), “Ryu Hyun-jin will pitch live within a few days. Afterwards, we will carefully examine our physical condition and make plans for future training.”

Ryu Hyun-jin made his second start of the season against the Oakland Athletics on the 17th, but was replaced after allowing five runs in four innings. Ryu Hyun-jin, who complained of pain in his left forearm after the game, was listed on the 10-day injured list.

Fortunately, the injury was not severe. Ryu Hyun-jin, who took a break, has been training for catch ball and long toss 120 feet (37 meters) since the 23rd to boost his condition.

Atkins hinted at his return, saying, “(Ryu Hyun-jin) will be able to play immediately if there is no problem after the training process.”

As Toronto is currently cruising to No. 1 in the American League East with 11 wins and 6 losses, Ryu Hyun-jin is expected to join the first division around early May after a two-week more rest and training than returning immediately.

In some cases, there is a possibility that he will come up to the big leagues after playing a real game in the minor leagues once.