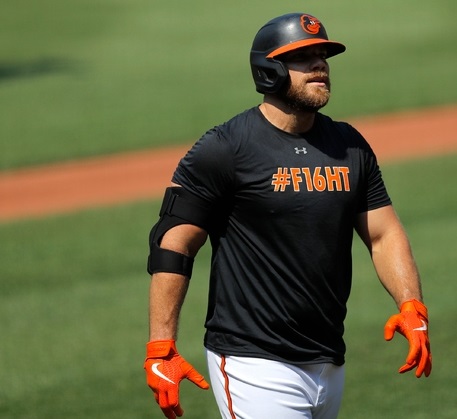 Chris Davis (35, Baltimore Orioles), one of the worst eat-and-run players in the MLB, finally announced his retirement.

The Baltimore club officially announced Tuesday that Davis has decided to retire.

“I’ve decided to retire because I haven’t played for a long time due to injuries and recent hip surgery,” Davis told the club. “I’m grateful to the Baltimore team, teammates and coaches.”

Davis, who stepped on the big league stage with the Texas Rangers in 2008, wore a Baltimore uniform through a 2011 trade.

Davis signed a large contract with Baltimore in 2016 worth $161 million (185 billion won) in total for seven years.

However, he suffered from injuries and sluggishness after signing a large contract and was stigmatized as “eat and run.”

Even last year, when he played 60 games per team in the aftermath of Corona 19, Davis was on the injured list twice due to injury to his left knee, playing only 16 games, and batting average remained at 0.115.

After entering only two at-bats in exhibition games this year, he complained of back and hip pain and failed to play a game in the regular season. In May, Davis underwent a left hip hip operation and was out for the season.

The Baltimore club, which has spent a large sum of money and has not worked, must pay Davis by 2037 토토사이트