Wedding dress 150,000 won Hit me a lot get angry and confess Lee Hyori

Wedding dress 150,000 won Hit me a lot get angry and confess Lee Hyori is a superstar 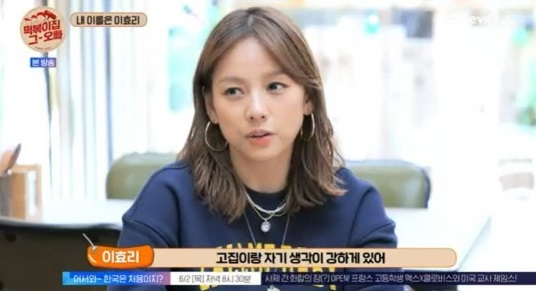 Singer Lee Hyo-ri appeared as a guest on MBC’s entertainment program “The Oppa at Tteokbokki Restaurant,” which aired on the 31st.

Ji Seok-jin, who saw Lee Hyo-ri, said, “We said that Lee Hyo-ri was strange among us. How can you be a superstar forever?” This is because Lee debuted right away without training and lived her life as a “top star” without any name. When asked, “Is there a sorrow of fame instead of obscurity?” Lee Hyo-ri said, “There is no sorrow of fame.” “I’m thankful. I’m thankful when it’s a good interest, but I’m also burdened when it comes to gossip or telling people about hard work.”

Lee Hyo-ri, who has popularized fashion items such as crop tops and cargo pants to adopt abandoned dogs and vegetables. Lee picked small wedding as the most memorable trend. Lee Hyo-ri said, “I didn’t do it for fashion, but after that, it was popular to get married small, so Park Soo-hong said it was ruined because of me. At that time, he said he would kill me because he was running a luxury wedding business,” he said, giving a laugh.

Lee Hyo-ri said, “I wore a 150,000 won dress that I bought 10 years ago,” adding, “I wore too many dresses and did too many colorful makeup, so I had no excitement about such a wedding.” However, it was a little disappointing that he could not recover the congratulatory money, and he said, “I will collect it when I die,” drawing laughter.