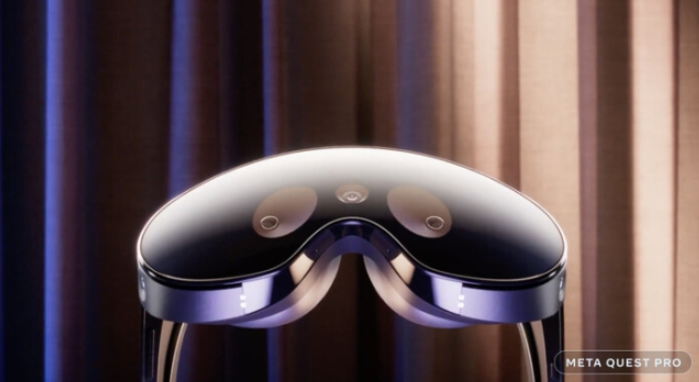 It is an “ambitious work” released a year after changing its name to focus on the metaverse business beyond social media.

Amid evaluations that the direction of the future business of meta can be seen, the stock price of meta has fallen by about 4%.

Meta unveiled a quest pro at the annual event of “Meta Connect 2022” held at the Meta headquarters in Silicon Valley, California on the 12th.

Quest Pro, which was directly unveiled and demonstrated by CEO Mark Zuckerberg, is characterized by a new function in which the internal camera of the headset tracks users’ gaze and facial expressions.

The avatar of the metaverse space reproduces the user’s facial expression change as it is, enabling a lively conversation between the avatars.

You can hang a virtual picture on the wall and enjoy it, or you can feel the mixed reality of the ball bouncing.

In addition, it is also advantageous that the lens thickness is thin and the battery is placed behind the headset, so the field of view is wider and lighter than existing products.

Microsoft CEO Satya Nadella attended the event and expressed the possibility of collaboration with Meta.

It also emphasized that it can create a metaverse work environment in the workplace by combining it with “MS Office” or “Teams,” a work collaboration tool. Zuckerberg

Some point out that high prices can be an obstacle to success. The MetaQuest Pro is priced at $1,500.

Compared to the existing Quest 2 headset released at the end of 2020, it is more than three times more expensive.

The built-in battery installed in Quest Pro takes only one to two hours.

It is pointed out that improvement of battery performance is a priority for headsets to be used for long-term work like meta-planning.

The market response was cold. The Washington Post said, “When I used the quest program, it didn’t lead to a magical experience.

“Metabus is still out of reach,” he said.