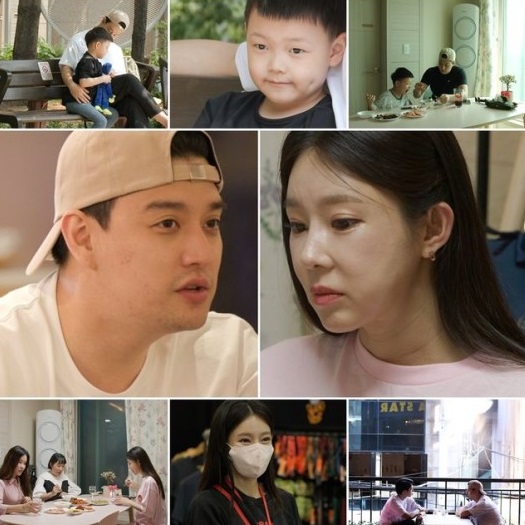 TV CHOSUN’s real-time drama “We Got Divorced 2” is a real-time drama that deals with an unprecedented “post-divorce relationship” that suggests the possibility of a new relationship that can be a good friend, not a reunion. In the 10th episode of “Ui Hon 2” which will air at 10 p.m. on the 17th, Eli and Ji Yeon-soo, who are already in their fifth week of temporary agreement, are drawing attention by expressing their honest feelings about reuniting.

Eli went to the playground with Minsu and spent time alone while Ji Yeon-soo went out to work. Meanwhile, Eli recalled his first reunion in two years, saying to Min-soo, “Do you remember my dad crying when we met after a long time?” and Min-soo replied, “It’s been a long time, but I recognized him as my dad,” touching Eli’s heart. Indeed, it is raising questions about what the reunion with the father Min-soo remembers will look like.

And while inviting comedian Kim Young-hee and an acquaintance to have a housewarming party, Ji Yeon-soo confessed, “I honestly have a big idea of reuniting, and I want to do my best if I reunite as I lacked in my marriage.” He then surprised the two by telling Eli why he had not shown his true feelings. Indeed, it is intriguing to see what the real reason why Ji Yeon-soo has hidden his innermost thoughts from Eli is.

Eli also confessed his difficulties with Alexander, a former member of the U-Kiss, and Ji Yeon-soo at dinner. Eli expressed his feelings about living together for five weeks, saying, “I feel like I’ll be like the old days if I live together,” and shocked him by showing his honest heart, saying, “It was like hell back then.”

He also expressed his honest feelings, saying, “I love you as a mother of Minsu, not as a woman,” and “If you are not sure that you will not break up again, you cannot reunite.” With the two expressing their mixed feelings toward each other, expectations are rising that Eli, Ji Yeon-soo and Min-soo will be able to be together as they are now.

The production team said, “Through the past five weeks, the two people, who had solved their old grievances and became more comfortable, shocked everyone by revealing their hidden feelings,” adding, “Please look forward to what opinions the two will gather about the reunion.”