IU, cheer for the college entrance exam. “Please clap for whatever the result is” 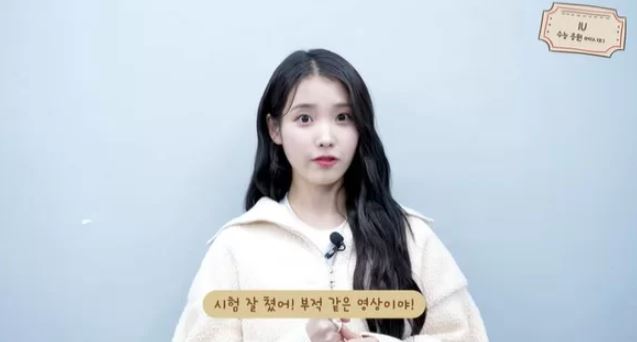 IU said, “I heard that the CSAT was suddenly approaching in a few days,” and added, “So I was filming something else, and I hurriedly changed my outfit and stood in front of the camera to film a video of the CSAT fighting.” “I wanted to give you a warm feeling, so I wore a warm costume.”

He said, “I don’t feel comfortable whenever I film a video of cheering for test takers every year. “I wonder how nervous, nervous, and worried they must be,” he said, sympathizing with the nervousness of the test takers.

“If you are proud of your past time and effort, there will be someone who will applaud you no matter what the result is. I’m probably one of the people who will clap for you, he said. “Take care of your condition on the 17th, pack a lunch box, and do well anyway.” “I’ll cheer for you. UAENA, way to go!” he said.

Meanwhile, the 2023 CSAT will be held nationwide on the 17th. According to the Ministry of Education, a total of 508,030 applicants for the CSAT this year.