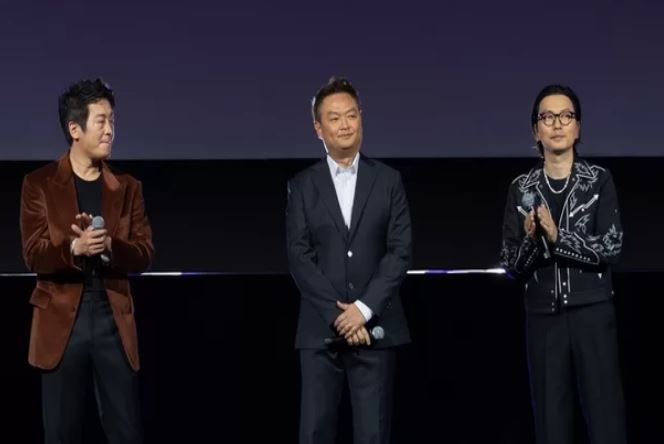 Actor Lee Donghwi expressed his affection for Choi Min-sik, whom he met with the OTT platform Disney+ new series Casino.

Lee Donghwi said at a meeting of the Disney content showcase “Casino” held at the Marina Bay Sands Hotel in Singapore on the 1st (local time), “I fell in love with Min-sik more while actually filming with Choi Min-sik,” adding, “I’m calling him my favorite Min-sik.”

He said, “A lot of juniors want to work with Choi Min-sik. I also thought Choi Min-sik was cool since I was a student. He said, “I thought of him as a role model.”

He then said, “He is full of loveliness, but he also has charisma and exemplary appearance as an actor. Looking at it, I wondered if I should follow him as a junior, he added.

He also said, “I was amazed by the eyes and aura that Choi Min-sik’s experience on the monitor during the first shoot,” adding, “I fell in love with it.”

“Casino” tells the intense story of Cha Moo-sik (Choi Min-sik), a man who became a casino legend in the Philippines without money and money, getting caught up in a murder and starting the last bet on the brink of life. It will be released on the 21st.