Lee Jung-eun who burst into tears wanted to show

Lee Jung-eun who burst into tears wanted to show us the Taegeukgi ceremony. 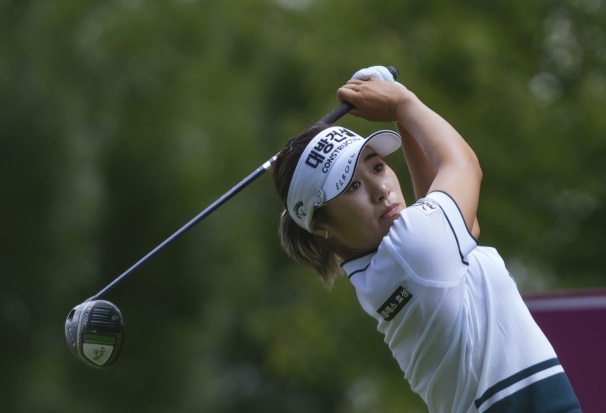 “I wanted to show Taegukgi down ··.” Lee Jung-eun, 25, who allowed a come-from-behind defeat at the Amundi Evian Championship (total prize money of $4.5 million), the fourth major tournament of the LPGA Tour, was unable to continue her words.

The final round of the tournament was held at Evian Resort GC (par 71) in Evian-Levin, France on the 26th (Korea time). Lee Jung-eun, who led by five strokes with a strong shot sense until the third round, remained in place with five birdies and five bogeys. After tying with Korean-Australian Lee Min-ji with a total of 18-under 266, he knelt down to Lee Min-ji, who made a bogey in the first extra time.

Lee Jung-eun, who was expected to win easily, lost four shots due to pressure in the first half. Lee Jung-eun, who regained her stability in the second half, made three consecutive birdies in the last minute and led the game to an extension, but lost in vain by dropping her second shot into the pond at the first hole of the extension at the 18th hole (par 5).

After the game, Lee Jung-eun shed tears of regret, saying, “I wanted to show the Korean fans who are struggling with Corona 19 the Korean flag is coming down.” This competition was held at the awards ceremony.Evers hold the flag of the winner and hold an event coming down from the sky.

Lee Min-ji, who started seven strokes behind Lee Jung-eun and won the championship, achieved her sixth and first major victory on the LPGA Tour. Two weeks ago, his younger brother Lee Min-woo, 23, won the Scottish Open on the European Tour. It was also an extra time win. Lee Min-ji said, “I’ve been waiting for this moment for a long time. “I can’t believe I won the championship. Lee Min-ji will represent Australia at the Tokyo Olympics.