Park Kyungrim lost 5kg. No one believes in yoga for 10 years

Park Kyungrim lost 5kg. No one believes in yoga for 10 years. Pigeons’ posture is a success 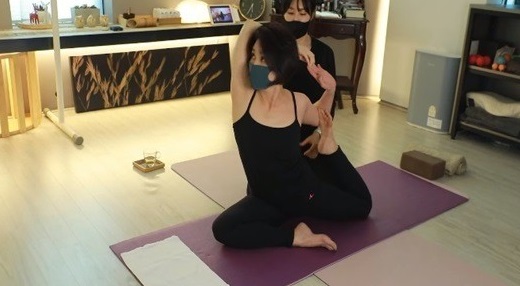 On the 15th, Park Kyung-rim said on her YouTube channel, “I actually did yoga for 10 years. I’ll show you this time! He posted a video titled ‘Kyunglim’s Yoga Vlog!’

The video showed Park Kyung-rim visiting a yoga center. Park Kyung-rim, wearing a black sleeveless top and leggings, said, “I’m here to do yoga today. It’s been about 10 years since I did yoga, and no one believes me. I don’t think they want to believe it,” he said.

Park Kyung-rim asked, “But why is it the same after 10 years?” In response, the yoga instructor said, “I’m disappointed if you say so because I created my body with a sweaty craftsmanship. It’s because he’s so nervous and cares a lot, he said. “It’s not that I’m fat, I was nervous.”

Upon hearing this, Park Kyung-rim touched his forearm and asked, “This is all tension, right?” but the yoga instructor said, “That’s flesh.” The remaining flesh,” he said honestly, drawing laughter.

Park Kyung-rim presents a variety of yoga moves “It can be said that I did yoga for 10 years only if I do the pigeon posture,” he said, gradually creating a pigeon posture. In addition, he straightened out and balanced himself and succeeded in a wooden posture.

Park Kyung-rim, who finished yoga, said of the yoga instructor, “He’s like a doctor. Whenever I feel too much pain and pain because I am united, my teacher relieves me with therapy yoga and exercises me to get out of the pain,” he said.