Suspicion that Kang Jae-joon is not paying for living?

Suspicion that Kang Jae-joon is not paying for living? I paid off the rent loan. 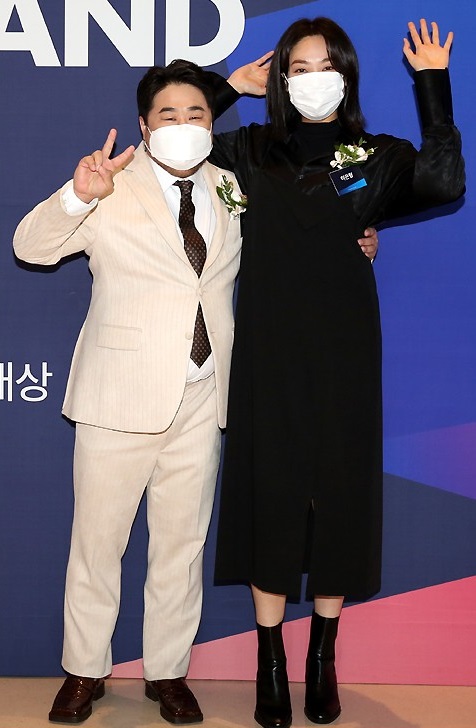 Comedian Kang Jae-joon captured the attention of listeners by delivering updates and behind-the-scenes stories about relationships.

Kang Jae-joon appeared as a special DJ in the “Great Fantasy Party” section of SBS Power FM’s “Cultwo Show,” which aired on the afternoon of the 26th.

Regarding the episode of “Dunk Kiss” with Lee Eun-hyung, Kang Jae-joon said, “The word “Dunk Kiss” was so funny. In front of the telephone pole in front of Lee Eun-hyung’s house, I thought a big building was collapsing. Someone like Ha Seung-jin took a picture of me from the top,” he said, making listeners laugh.

“We didn’t go out right away. I was kissed regardless of my will. We should try to calm ourselves down to a certain extent,” he added. Kim Min-kyung asked, “Did you go first when you asked me to go out?” Kang Jae-joon said, “No. I was photographed then, too. “I felt like Seo Jang-hoon at the time,” he said, drawing laughter.

“It’s really unfair,” he said at the suspicion of not paying for his living expenses. Lee Eun-hyung pays the right amount of living expenses and I give him a lot of money. “You’ll be surprised to know how much I gave you,” he drew attention. Kang Jae-joon also said, “I paid off all the loans I received recently. The debt is paid by me and the name is Lee Eun-hyung. I think something is wrong,” he said, showing off his chemistry with the comedian couple.

Kang Jae-joon, who has been exercising without a day off since January 1, also wrapped up the long journey on the 25th. “I really didn’t have a minute yesterday,” said Kang Jae-joon said. It’s a promise with myself. I’m going to start over soon. “I’m on an intermittent fast,” he said. “I’m losing more weight. I didn’t lose weight while exercising.

Kang Jae-joon also recalled his childhood memories by communicating with listeners. “I lived in Chuncheon, Gangwon Province, and I had a really pretty friend when I was in elementary school. Later, we saw each other after some time, and they were pretty then, too. Kang Jae-joon answered “yes” to Kim Min-kyung’s question, “Was she prettier than Eun-hyung?” and made her laugh.

Meanwhile, Kang Jae-joon is providing laughter through various entertainment programs and digital contents such as tvN’s “Comedy Big League” and JTBC’s “Can’t Be No.1.”