Tom Brady overcame the pain of divorce and surpassed…

Tom Brady overcame the pain of divorce and surpassed 100,000 passing yards in the NFL 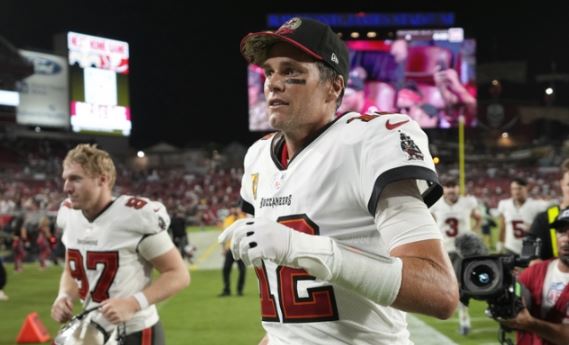 Brady added 280 yards in the ninth week of the NFL home game against the Los Angeles Rams at Raymond James Stadium in Tampa, Florida, on the 7th (Korea time), recording 100,116 yards in the regular season and playoffs, becoming the first player to surpass 100,000 yards.

Starting with a 10-yard pass in 1 minute and 51 seconds in the first quarter, Brady finally achieved a feat of 100,000 passing yards by making a 15-yard pass to Leonard Fournett in 5 minutes and 55 seconds in the fourth quarter.

Brady, in particular, played a crucial role in the 16-13 come-from-behind victory by scoring a 1-yard pass that made Kate Orton’s touchdown with nine seconds left.

Brady, who made his NFL debut in 2000, announced his retirement ahead of this season, but reversed it and returned to the field in just 40 days. Brady also suffered the pain of breaking up with model Giselle Buncheon, who had been a couple for 13 years, but achieved a milestone of 100,000 passing yards that was hard for anyone to step on in 23 years in the NFL.

Asked how he felt about achieving 100,000 passing yards, Brady said, “I focused only on winning the team. I didn’t care about the record, he said. “I needed a victory because I was recording three consecutive losses, and I eventually won it.” “It’s the result of fighting to the end.”

Meanwhile, Matt Ryan (Indianapolis Colts) holds the second-place record for passing yards in the regular season, but it is only 61,743. Aaron Rodgers (Green Bay Packers, 57,451 yards) and Matthew Stafford (Los Angeles Rams, 51,198 yards) are following. Ryan, Rogers and Stafford are all far behind Brady by more than 30,000 yards.

The second place in his career is Drew Brees, who recorded 85,724 yards in the regular season and 5,366 yards in the playoffs, but Brady’s 100,000-yard milestone is unlikely to be broken for a long time as he retired from the New Orleans Saints last year.