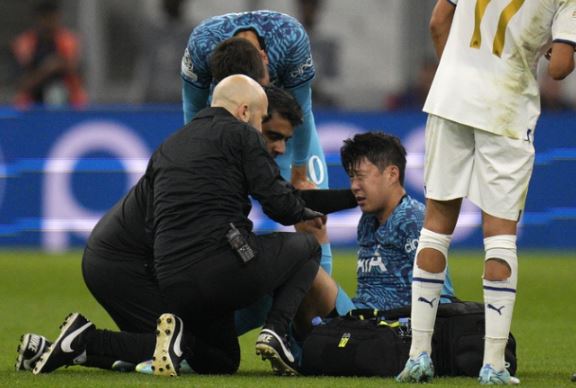 Soccer fans around the world rushed to the SNS of soccer player Mbemba (28, Marseille), who clashed with Son Heungmin (30, Tottenham), ahead of the World Cup, and poured out criticism.

On the 2nd, Son Heungmin suffered a serious injury to his left face when he collided strongly with Mbemba’s right shoulder during the final 6th game of the 2022-2023 UEFA Champions League group stage against Marseille.

Since then, Son Heung-min has been replaced, and after the game, the Tottenham club said Son Heung-min will undergo surgery for an ophthalmic fracture.

The match against Uruguay, South Korea’s first match at the Qatar World Cup, is on the 24th, and Son Heung-min is somewhat questionable to recover from his injury.

Mbemba has a bad relationship with Son Heung-min. Son Heung-min, who was breaking through the penalty area after receiving a pass from Harry Kane (Tottenham) in the first round of the UCL group stage in September, tripped over Mbemba’s tackle and induced him to leave.

Meanwhile, the Korea Football Association said, “I was informed of the situation before the official announcement of the club by phone with Tottenham. He said he will undergo surgery within this week due to a fracture around his left eye. “We will watch the progress of the surgery and decide whether he can play in the World Cup.”

The Qatar World Cup participants’ association must submit the final list to FIFA by the 14th.