Yokozuna sneaks to the Olympic Judo without permission

Yokozuna sneaks to the Olympic Judo without permission from the association. 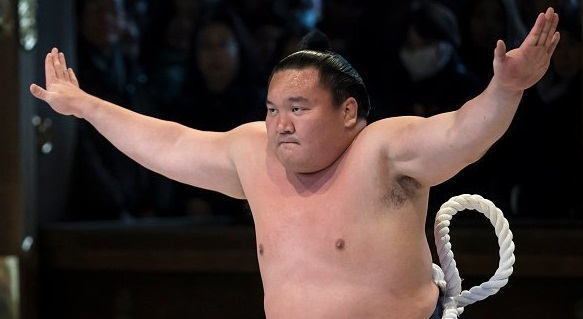 Hakuho, a Japanese sumo wrestler with the highest rank (Yokozuna), was found to have secretly gone to the 2020 Tokyo Olympics judo competition, causing a stir in the sumo world. This is a recent report by Japan’s leading disclosure magazine.

According to the report, Hakuho visited Budokan, the stadium, to support Japan’s Shohei Ono, who will compete in the men’s 73kg judo competition on the 27th of last month. Prior to this, the Japan Sumo Association has asked all sumo wrestlers to refrain from going out due to the government’s policy to keep social distancing from the new coronavirus infection (Corona 19). If you have to go out, you should get permission from the sumo association in advance through your supervising teacher. Hakuho ignored this process.

Coincidentally, it has been revealed through SNS that Hakuho, who is a big man, visited the judo field. Maurice Wieger, chairman of the International Judo Federation, posted three photos on his Twitter account. Hakuho’s photo was taken closely with the chairmen of the Judo Federation, which is evidence that cannot be excluded.

Although it was a judo match that was held without any attendance, Hakuho was in a position to watch the match.
Hakuho, who succeeded as a sumo wrestler in Japan as a Mongolian national, is an ambassador to the Mongolian Olympic Committee. When Japan’s Olympic Committee signed a partnership agreement with the Mongolian Olympic Committee in September 2015, Hakuho also attended the signing ceremony. In addition, his father is Mongolia’s first Olympic gold medalist as a wrestler. Such ties and qualifications allow him to visit judo stadiums, but the sumo association is furious when he ignores all the procedures already out of sight of the sumo association.

Hakuho beat Fuji Deruno to win the championship in Nagoya in July. However, the Japanese sumo community publicly criticized him for his style of playing. The scene of attacking the opponent’s jaw was also a problem, but he expressed his feelings of joy too directly after the victory was confirmed. “It is against the will,” said Hiro Nori Yano, chairman of the Yokozuna Review Committee. “I can’t believe it,” he said.

Hakuho, of course, ignores this gaze of the sumo world. When he won his 40th career title four years ago, he surprised everyone by asking for three cheers, saying, “I want to be happy with you.” I was warned by this action, but I didn’t correct it. Two years later, he asked the audience to clap for him. When asked why he made such a request, he replied naturally, “Just because I can’t do three cheers.” As a result, he has become a thorn in the eyes of the sumo association, but he is like a symbol of sumo, so there is no way to do it openly. I wonder what kind of issue Hakuho and Sumo Association will clash with each other next.